Is Iceland the best country for women?

november 25, 2011
An openly lesbian PM, affordable childcare and a formidable women's movement – Iceland may just be a feminist paradise

On a wet day in Reykjavik, the rain battering the fishing boats, the tourist shops and the young male artists with their improbable moustaches, Iceland's minister of industry, energy and tourism is explaining to me that the country needs to be "more badass" about the gender pay gap. The minister is Katrin Juliusdottir, a warm, attractive woman in her mid-30s, pregnant with twins. As she speaks, a hint of frustration enters her voice. Icelandic legislation supposedly guarantees equal pay for equal work, as in the UK, "so why don't we have more penalties?" she says. "Maybe we need to be even more badass when it comes to people breaking the rules."

We are sitting in Katrin's office (all Icelanders go by their first names), in an anonymous building a few hundred yards from Reykjavik harbour, and she is talking about women's rights with no-nonsense passion. Yes, of course she is a feminist; no, she wasn't in the country for the last major women's march, otherwise she would certainly have attended; yes, it's good that the current Icelandic cabinet has four women and six men, but it's not enough. She would like to see it reach the perfect 50/50. (The current UK cabinet is 86% male.) Following the disastrous collapse of the Icelandic banks in 2008, she says, the country "wants balance in our lives, and a big part of that is the balance between men and women."

Some would say this balance already exists in Iceland – that the country is, in fact, the closest the world has to a feminist paradise. For the last two years it has topped the World Economic Forum's report on equality between the sexes, and last month Newsweek named it the best place in the world for women. The Newsweek survey looked at health, education, economics, politics and justice, and found that in all areas, and the last one in particular, Iceland is about as good as it gets. The prime minister, Jóhanna Sigurdardóttir, tells me via email that she's proud of the survey's outcome, "and not only for women, [but because] we know that gender equality is one of the best indicators for the overall quality of societies." 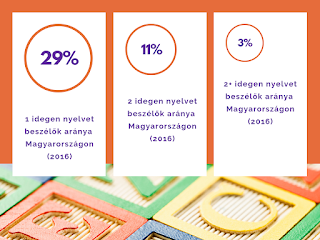